Homemade cinnamon rolls are a favourite with my husband, daughter, and our friends and family.  The funny thing is that though I love baking for others, I actually am not a fan of baked goods?  I love the incredible smells that permeate the air while I’ve got goodies baking in the oven.  The entire  house smells heavenly.  I’m just not a bread/pastry/sweets person. Wait.  Unless it’s key lime pie.  Key lime pie is my kryptonite.

I’ve been baking batches and batches of homemade cinnamon rolls these past few months.  COVID-19 and being sheltering in place has had us doing a lot of cooking, baking, and experimenting with different culinary techniques.  Bread making has never been one of my strong suits.  A) We weren’t really big bread eaters in my family and B) I’ve been intimidated by all the amazing home bakers on the island.

When I first moved up to rural Northern Ontario and when Farmer John and I first started dating, one of the very first questions the ladies in our little hamlet asked me was, “Do you make a good homemade bread?” That was followed by, “How’s your homemade pie crust?”  Apparently, it was imperative that every good farmer’s wife knew how to make a good pie crust and a good loaf of bread.  Yikes!  Those were two things I was not good at.

Practice makes perfect, and I also discovered that my issue was not that I couldn’t do it, but that I was extremely impatient.  Not so much a lazy baker, but an impatient one.  The whole idea of letting dough rise and then waiting again for a second rise really irked me.  I like things done as efficiently as possible and in as little time as possible.

A good bread recipe is one of those things.

Now that I’ve learned how to appreciate the art of bread baking, I’ve been whipping out batches and batches of homemade cinnamon rolls for friends and family. 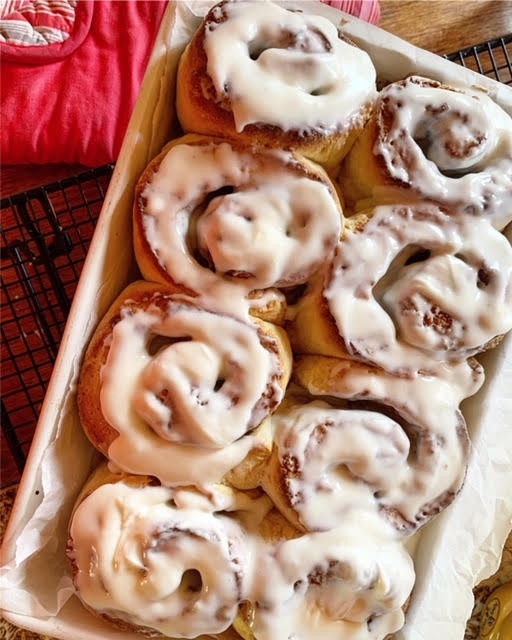 The key to a good cinnamon roll is a really good sweet bread dough.  The recipe dough for the sweet bread was given to me by a friend’s grandma a while ago, and I feverishly wrote down the ingredients and steps as she told me what to do. I have committed to memory the best as I could, and I think they turn out really well each time. 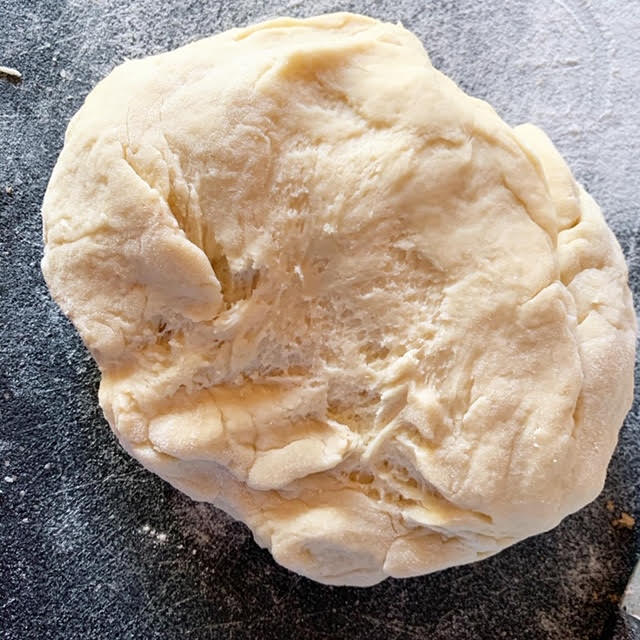 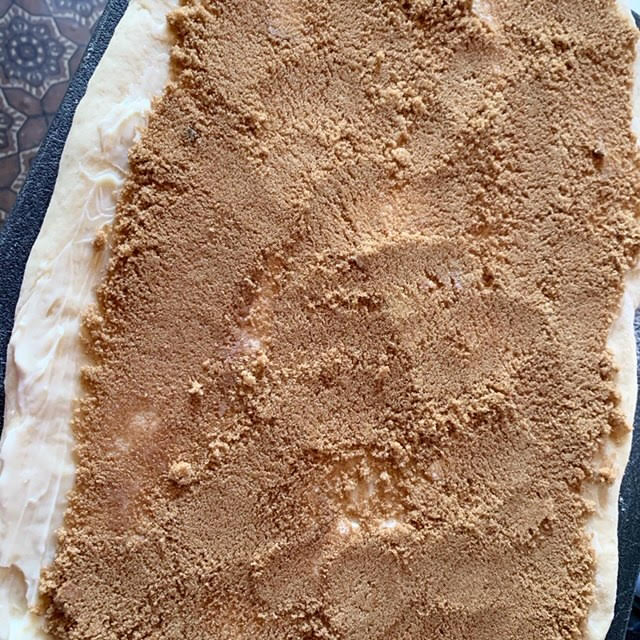 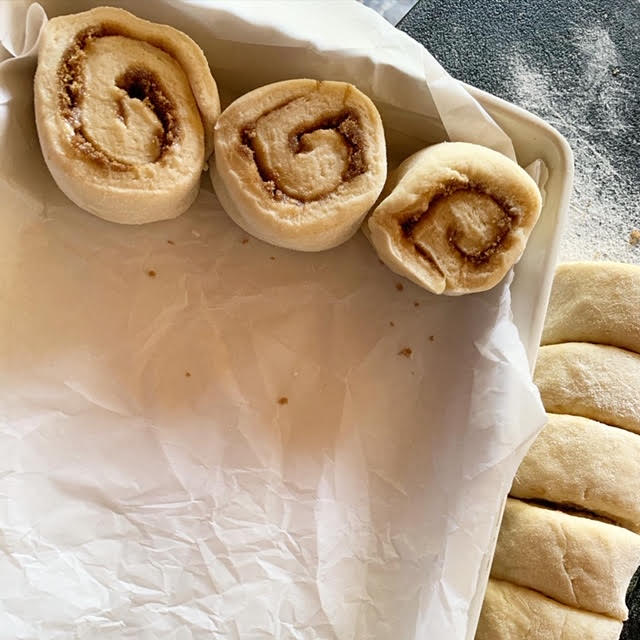 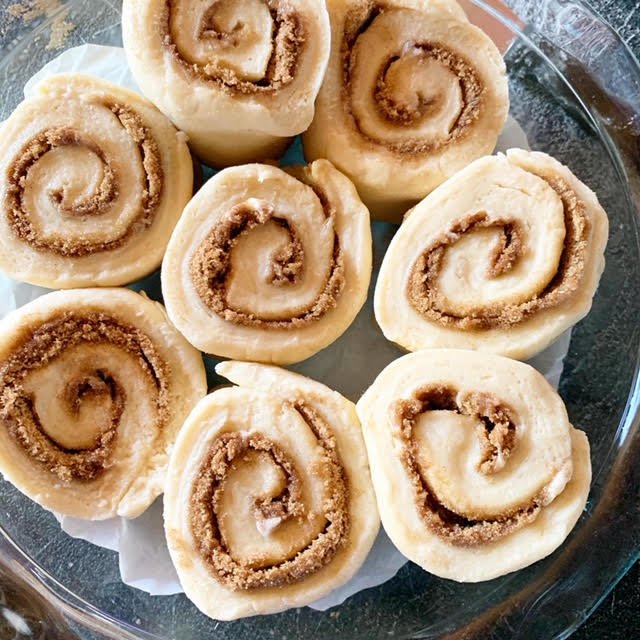 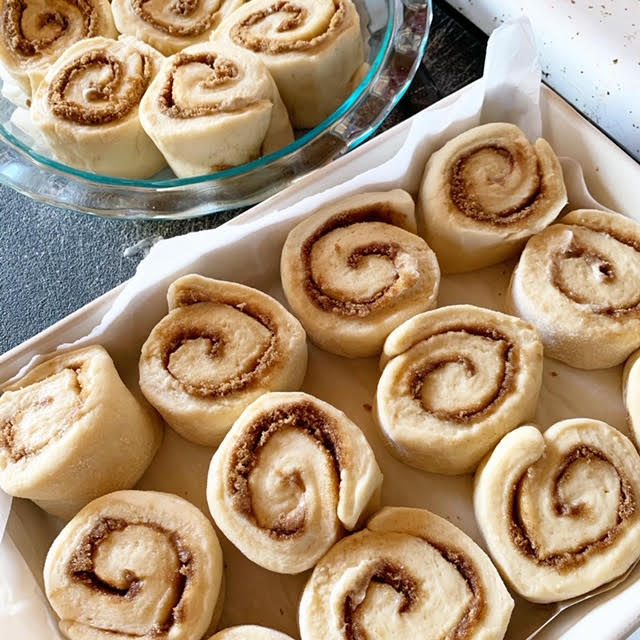 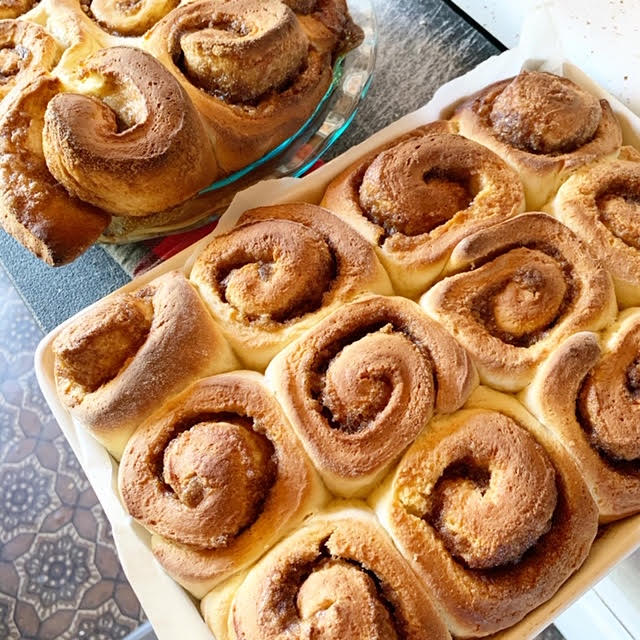 Print
5.0 from 1 reviews
Homemade Cinnamon Rolls
Dessert, snack, breakfast...whenever. These homemade cinnamon rolls are easy to make and are a hit with our friends and family. Bonus: Your house will smell heavenly while these are baking! 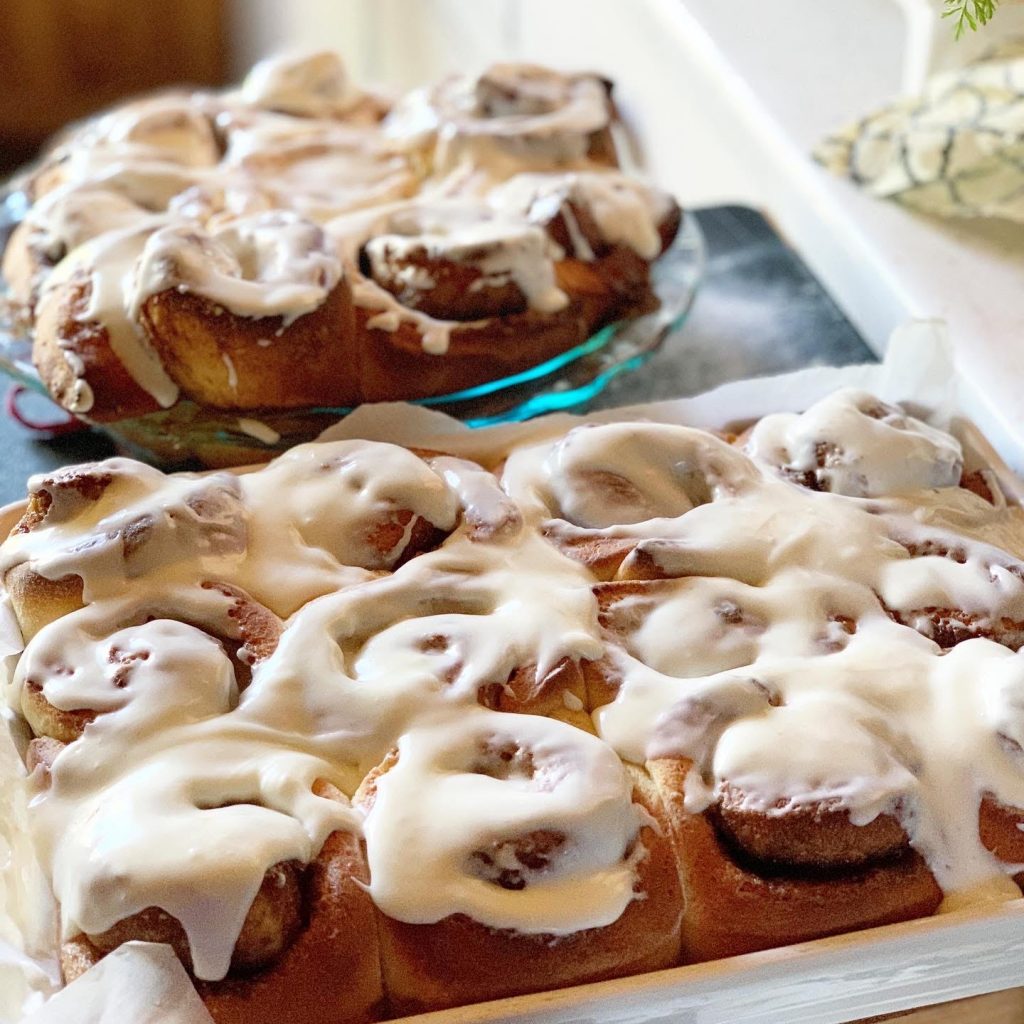 Hope you enjoy these homemade cinnamon rolls as much as our friends and family do!