Little One kept asking me all summer if I could dye her hair with Kool-Aid Hair Dye.  She had the tips of her hair dyed at the salon back in January.  Her hair was so cool! 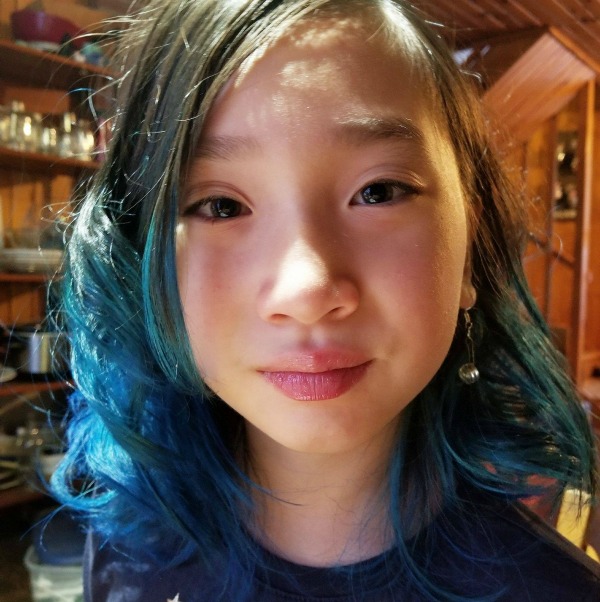 It was different shades of vibrant blues.  After many months, her hair went from electric blue, to indigo, to turquoise.  It faded after seven months!  She decided she wanted to try dying her hair with Kool-Aid this time.

I watched a video I saw somewhere on Facebook where a mom did the Kool-Aid Hair Dye experiment on her kids and her niece.  It really worked!

You see, I had my doubts.  How could Kool-Aid dye hair? 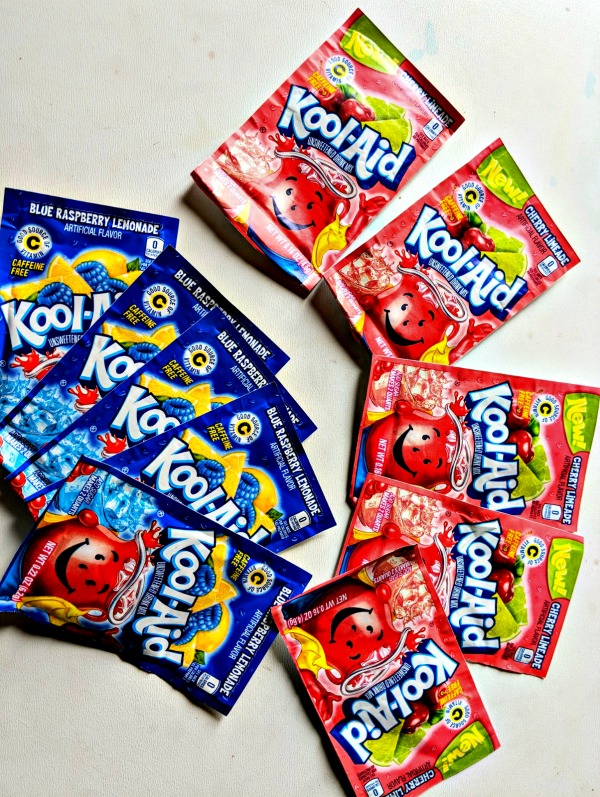 There’s a funny story about the Kool-Aid.  Kool-Aid packets are not available at all stores on Manitoulin Island.  I had to hunt for these babies.

I have found them at three locations on the Island:

Fellow Islanders, if you find Kool-Aid at other stores on the Island, please let me know by leaving a comment in the comments section of this post. The Wiky Dollar Store has a few colours/flavours and the Kool-Aid packets are located on the counter by the cashiers.  Buzwah and Boo-Bah-Lou have a more extensive selection of flavours/colours to choose from.

I had never been to Buzwah Variety & Video before.  We always pass it on our way to and from Little One’s dance classes.  We were told that they carried an impressive selection of Kool-Aid flavours, so we checked it out.

We don’t usually eat many sweets, but we were so surprised at the selection of confections, that I allowed the girls to each pick one treat.  Hubby’s got a sweet tooth, so I picked up some sweets for him too.  I got him M & M’s Crunchy Espresso, M & M’s Caramel, and Hershey’s Cherry Cheesecake.  I had never seen any of those before! 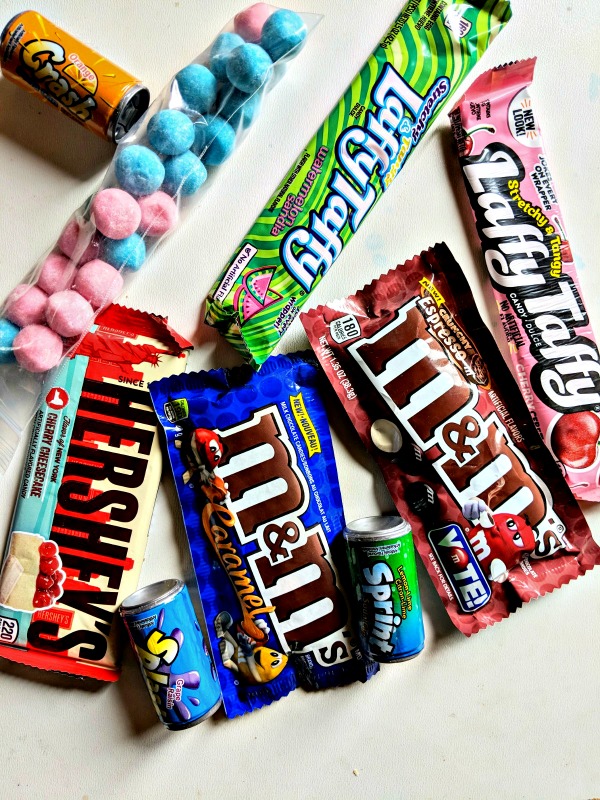 Oh, right.  Back to the Kool-Aid hair!

Little One’s tips turned into a vibrant, fiery red!  I was pretty amazed! 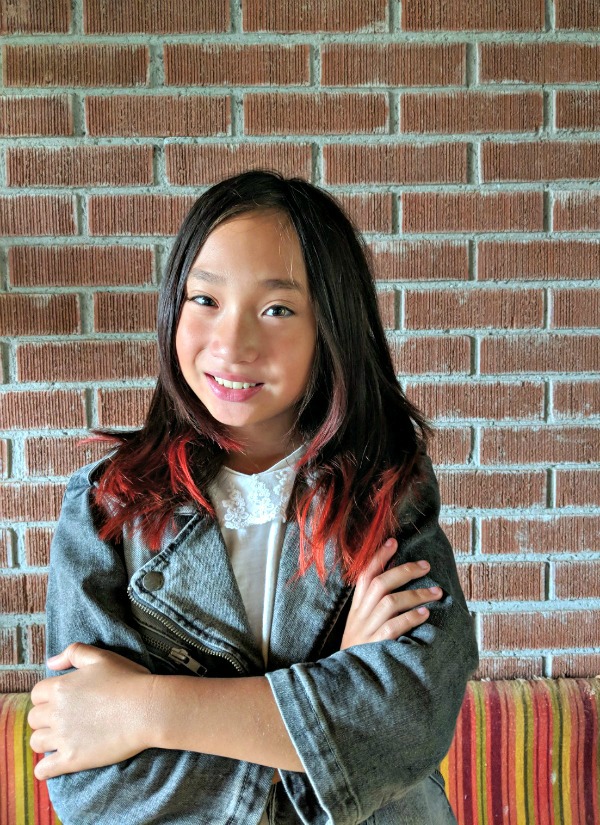 Little One’s friends were over and wanted their hair dyed with Kool-Aid too.  Don’t worry!  I asked their parents for permission first!

If you try this, let me know how it turns out!

The lady in the video I watched did warn viewers that the Kool-Aid hair tends to stain and it lasts a long time.  Those are some things to consider if you’re going to try the Kool-Aid Hair Dye!