It was only until I moved to the Island that I first tried venison.  I had never eaten venison before,  simply because it A) wasn’t part of the cuisine in the countries my parents are from and B) it wasn’t a common type of meat that was popular or readily available in our local grocery stores.

My mom also didn’t like game meat, so we never had any.

Fast forward a few decades, and I find myself living on beautiful Manitoulin Island, and where many people go hunting for deer.

Every year, Hubby has the same group of hunters who come to the Island and hunt on our land.  They stay in the hunt camp and enjoy a week or two of solid male bonding time.  I call myself a “Hunter’s Widow”, because though Hubby does not hunt, during hunting season, he might as well.  He enjoys going to the hunt camp for hours, just shootin’ the breeze, and enjoying some good food.  The hunters that come to our place always bring their chef.  He tends to the food, and let me tell you…these guys enjoy a good feast!

Sometimes the guys give us some venison.  Sometimes friends of ours on the island give us a few packages.

Just the other night, I was craving some Korean Beef Bulgogi, and we had just sold out of all our beef!  I did have venison in my freezer, so I decided to experiment and make some Venison Bulgogi!

To everyone’s surprise, the venison bulgogi was delicious!  Not only was it tasty, but it was incredibly tender!  I admit, I was quite shocked, as in the past, whenever someone has cooked venison for me, I’ve found it a bit “gamey” in flavour, and a bit tough.  This venison bulgogi was quite the opposite!

One of the key parts of this venison bulgogi recipe is the marinade.  It is so good!  If you have the time to marinate it overnight, that is perfect.  If you’re running short on time, an hour is good.  You can even get away with marinating it for only 30 minutes. I recommend marinating for overnight if you can though. 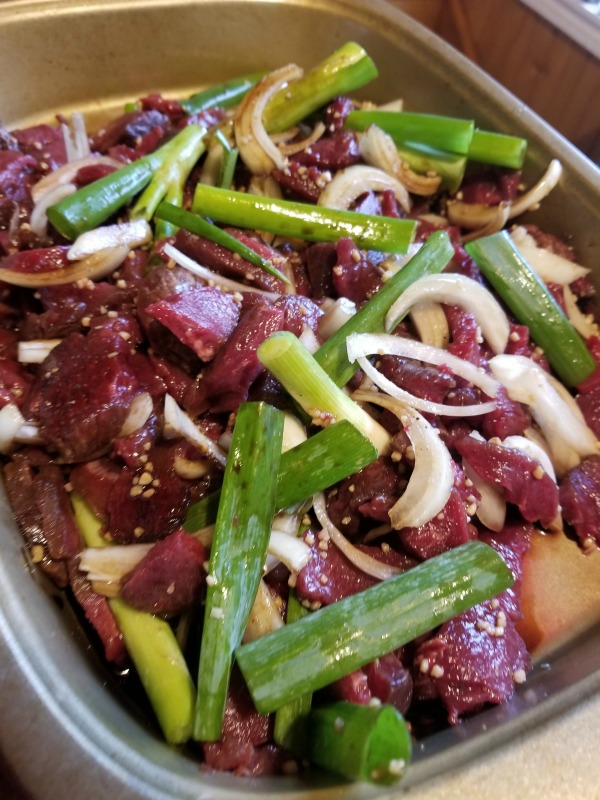 Print
Venison Bulgogi
A surprising twist on Korean Bulgogi! Instead of using beef, I substituted venison in its place. 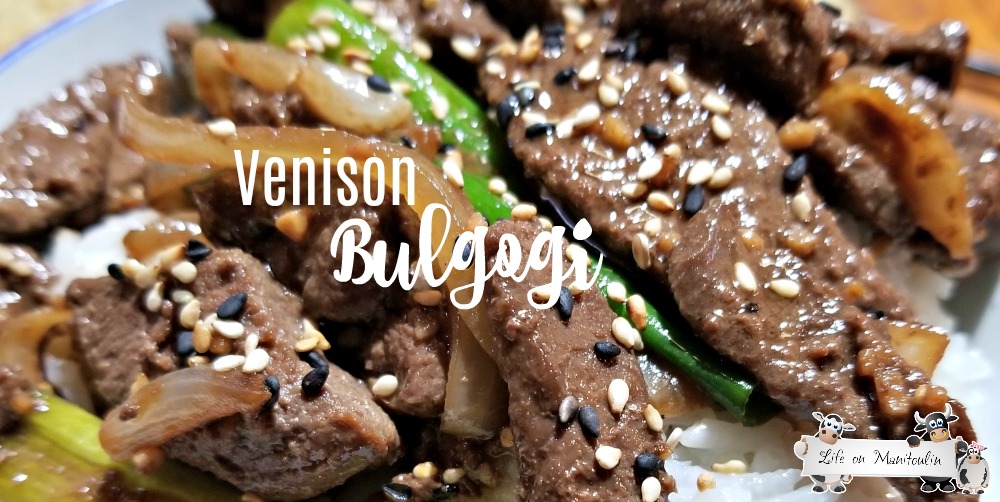 Author: Christine McNaughton
Cuisine: Korean
Recipe type: Main Dish
Serves: 4
Prep time:  30 mins
Cook time:  10 mins
Total time:  40 mins
Ingredients
Instructions
Notes
**For this venison bulgogi, I didn't have mushrooms or carrots on hand. Usually when I make bulgogi, I make sure to have the other vegetables mentioned in this recipe. The recipe worked well despite not having the carrots and mushrooms though!
3.5.3228 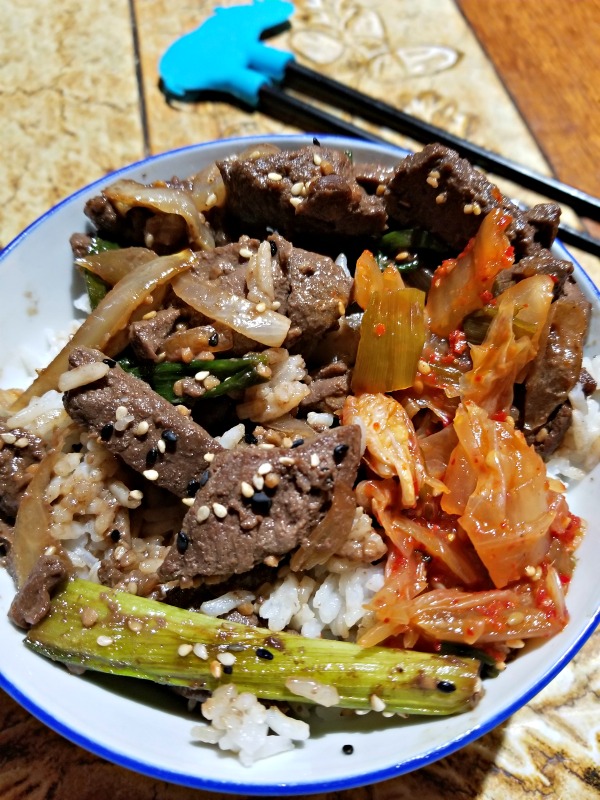 We like eating our Venison Bulgogi on top of some steamed rice and with a bit of kimchi!  We currently have a Korean student living with us, and he has been trying out different kinds of food while living with us.  He recently tried bison. and this was the first time he had ever had Venison Bulgogi!  He gave it two thumbs up!