It’s National Chocolate Day, so we whipped up some Mini Chocolate Chess Pies.

One of my husband’s favourite desserts is Chocolate Chess Pie.  Hubby mentioned recently that I haven’t been baking as much as when we first started dating.  Before we got married, I baked him gourmet cheesecakes regularly.  Now, he only gets homemade gourmet cheesecake on his birthday or on holidays.

Why is it called Chocolate Chess Pie? 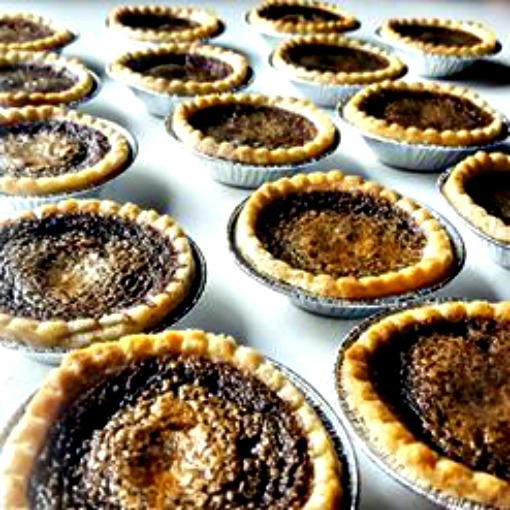 To this day, I still do not have a clue why it’s called a chess pie.  I was introduced to Chocolate Chess Pie ten years ago, when my Mother-in-law made it for dessert.  The recipe I make seems to be almost like my Mother-in-law’s.  Hubby says mine aren’t as sweet, but that’s because Little One isn’t a fan of overly sweet sweets.  I also use dark chocola

I did manage to find this online (thanks to Google search):

Chess pies are a Southern specialty that has a simple filling of eggs, sugar, butter, and a small amount of flour. ome recipes include cornmeal and others are made with vinegar.  Flavorings, such as vanilla, lemon juice, or chocolate are also added to vary the basic recipe.

The origin of the name, Chess Pie, is uncertain, but there are plenty of guesses and a bit of folklore surrounding the name.  The most probable explanation is that since the English lemon curd pie filling is very close to lemon chess pie, and they believe the word “chess” is an Americanization of the English word “cheese,” referring to curd pie.  Basically the Chess Pie is a cheese-less cheesecake.

Hubby loves pies of all kinds.  If you ask him what his favourite pie is, he would tell you blueberry, apple, strawberry-rhubarb, custard, key lime, lemon meringue, coconut cream, banana cream, AND chocolate chess! Chocolate chess is in his top three, and because it’s National Chocolate Day, mini chocolate chess pies for dessert! 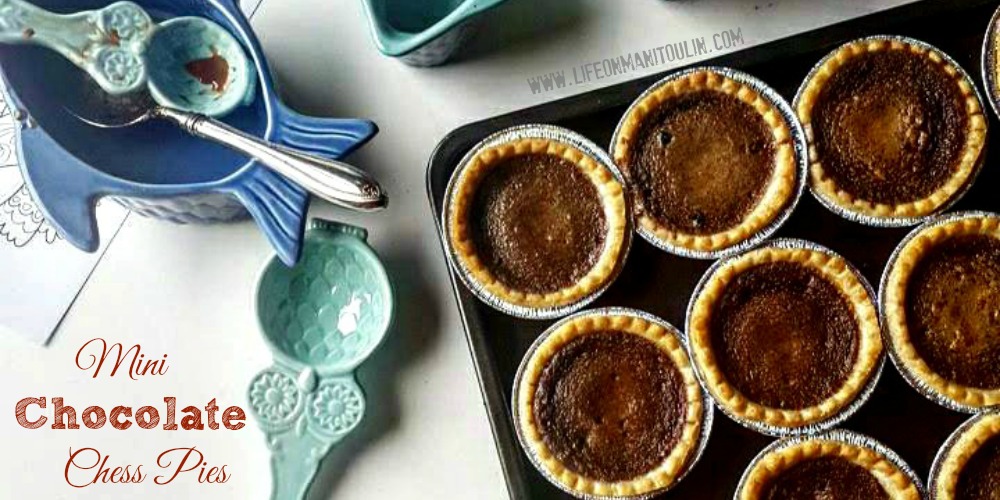 Author: Christine McNaughton
Recipe type: Dessert
Serves: 20
Prep time:  10 mins
Cook time:  15 mins
Total time:  25 mins
Ingredients
Instructions
Notes
The chocolate filling should be ooey gooey, kind of like pudding crossed with a super moist brownie. Make sure not to overcook the pie.
3.5.3208
I normally make Chocolate Chess Pie and not Mini Chocolate Chess Pies, but thought they’d maybe last longer in tart form.  An entire pie seems to disappear too quickly in this house.  The chocolate filling is ooey gooey, and almost pudding-like.  You know, kind of like a super moist brownie that’s melt-y in the middle!  Just how I like it! 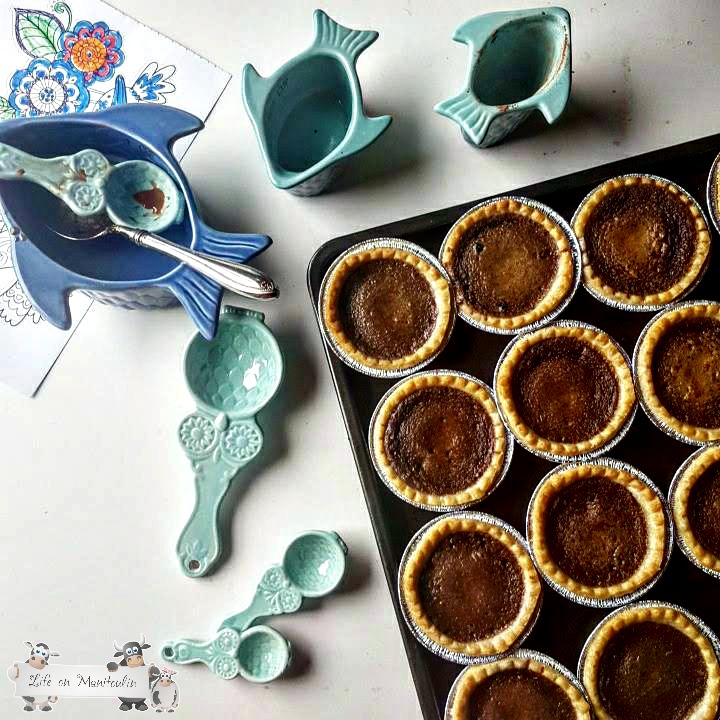 Let me know if you try making these Mini Chocolate Chess Pies with your little ones.  You’ll see why they will quickly become a family favourite in your house!