I know it may strike people as somewhat amusing that I spent much of my young adult life as a vegetarian and am now married to a beef farmer.  In the days when I was vegetarian, we didn’t have as many vegetarian food options in restaurants as we do now.

Even non-dairy beverages were hard to come by.  When I was at a cafe and inquired as to whether they had any soy milk, the server told me to grind my own soy beans. Ummm…Thanks. Realizing this was a sarcastic comment, I didn’t go into how I’d have to soak and strain the soy beans too. I just decided to forgo the soy milk since they obviously didn’t have any at that particular establishment.

So Good soon became my best friend. Other soy milk brands available were kind of chalky and not very easy on the palate. I quickly fell in love with So Good Vanilla and Soy Good Chocolate (as well as So Good Original).  To be healthy, I opted for the Original.  For a treat, I’d occasionally have the Vanilla or Chocolate. If you haven’t tried So Good Vanilla, it tastes like the milk in  your cereal bowl right after you’ve eaten Frosted Flakes.

The taste is smooth, delicate, and I love it on its own or in a smoothie. I’m no stranger to soy milk, but I also wanted to try other alternatives. I tried rice milk and more recently, almond milk. 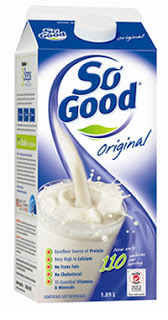 When I was at the ShesConnected Conference in Toronto last Fall, I was introduced to Almond Fresh. I love that Almond Fresh is a source of 9 essential vitamins and minerals, including Calcium, Vitamin B-12 and Vitamin D!

Just recently, I was given the opportunity to try out some beverages from Earth’s Own. My family sampled the So Good Original, Chocolate and Vanilla. I wanted to try the So Good Strawberry, but for some reason we haven’t been able to find it in any of the stores here.

Both Little One and Hubby are true farm kids. They love their dairy. I personally like the variety and the alternatives sometimes. I love dairy too, but I also love the soy and almond beverages. Plus, with lactose intolerance on Hubby’s side of the family (his nieces are lactose intolerant), I wondered if Little One may be as well. So far no signs, but I wanted to introduce her to some alternatives just in case. Hubby says that farm kids are not allowed to have allergies, but I’m not so sure!

I found that both Hubby and Little One enjoyed the Chocolate and Vanilla So Good better than the Original. I loved them all.

When it came to the Almond Fresh, Little One said she liked the So Good better. I kind of knew that would happen, because for some reason, my child does not like nuts. 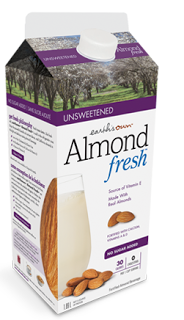 I even bought the 3 pack of individual sized Almond Fresh beverages so it would be more portable for when we’re on the go. I was the one who ended up drinking them.

Of course, I thoroughly enjoyed it. I just thought it may be nice for Little One to have in the vehicle while we ran errands. 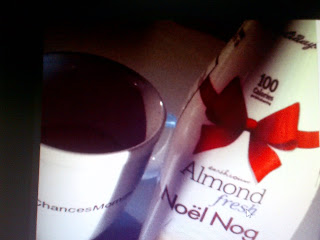 Since the Holidays are upon us, I just had to get Almond Fresh’s Noel Nog!  What’s Christmas without “eggnog”? This is a great alternative!

It’s got the same great flavour as traditional eggnog, but to me it feels much lighter (which is a good thing!). Hubby said it’s something he could get used to as well.  Admittedly, he’s a traditional kind of guy and prefers traditional eggnog, he did say that the essential flavours were present in the Noel Nog!

Want to try some? You can find Noel Nog at these stores.

I wanted to let you in on a few other cool things about Earth’s Own:

Earth’s Own donated $150 to our Mount Sinai Perinatal Parents Benefit Concert. We raised a total of $1,435 for families with babies in the NICU this Holiday Season! Thank you, Earth’s Own!

Also, did you know that So Good is a PTPA Award Winner? It’s pretty wild! I was really excited to discover that! 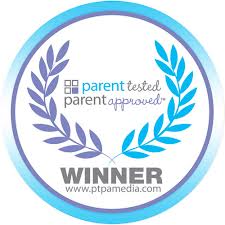 Earth’s Own would like to give you a chance to try So Good & Almond Fresh yourself!  Fill out the Rafflecopter form below to be entered to win product vouchers for both products! Giveaway open to residents of Canada.

a Rafflecopter giveawayDisclosure – We were given the opportunity to test the above products. All the thoughts and opinions expressed on this blog are honest and my own.