Yes, it’s true! We actually wanted to wait until our first trimester was done before we announced the news, but we (okay, I) cannot keep it a secret any longer! These past few weeks have been killing me!!! I just had to say something!

Some of you have probably already guessed by now since there have been comments and questions about cravings for pizza and for burgers (which are food items that are not often consumed in our household!) and the mention of everyone having babies…or the fact that I’ve just been on cloud nine for the past few weeks! What can I say? You guys are just way too smart for me to try to fool!

Here’s what was going through my mind the day that we found out that we are ‘expecting’:

May 31, 2008
This date marks a very noteworthy day for our family for so many reasons. Six years ago, Hubby’s father passed away. He died before I ever had a chance to meet him. He died years before Hubby and I would ever meet. From everything people have said about my father-in-law, he was a very honorable, hardworking, and well-respected man. I really wish I had a chance to meet him and get to know him.

I don’t know why, but today I decided to take a pregnancy test. Hubby was watching the news after having his breakfast, unaware of what was going to transpire next. I had been having dreams that I was pregnant for the past two nights. I can’t explain the feeling or why I felt that way. I just did.

I opened the bathroom cabinet, took out the home pregnancy test and did my stuff. I watched impatiently, hoping for the best but half-expecting the worst. I thought I saw the faint beginnings of another line (meaning that I was pregnant), but then nothing. *sigh* How depressing. I kept watching and all of a sudden, as if I had willed the completely white circle to produce a positive sign, it did!
There was a big, fat, blue + sign in the test window! I couldn’t believe my eyes! I seriously thought I was seeing things. Was I going crazy? Did that just really happen?

I let out a scream from the bathroom, and Hubby came running in. Poor Hubby thought that something had gone terribly, terribly wrong from the scream I let out. I pointed to the pregnancy test on the bathroom counter and said, “DO YOU SEE THAT?!?!?!”
Could it be? Are we really pregnant?

Hubby confirmed that he too saw the positive sign. There was laughing, hugging, crying…and more crying (by me, because Hubby doesn’t cry). However, being the totally neurotic person I am, I need absolute confirmation. After lunch, I went to the pharmacy and bought a few more pregnancy tests!

Hey, I’ve got a thing for peeing on sticks…and I wanted to make sure I wasn’t dreaming! I just had to do this for myself…you know, lest the first test be faulty! Yeah, that’s why! 😉 When I got home, I took another test. Positive. I told Hubby I’d wait a few days until taking the other test, but after supper I took one more test. Positive again. 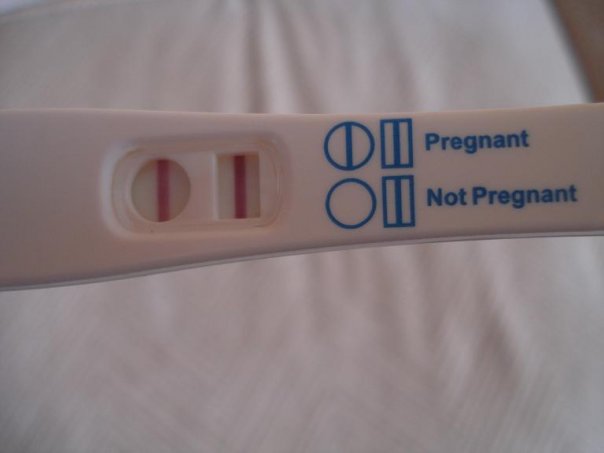 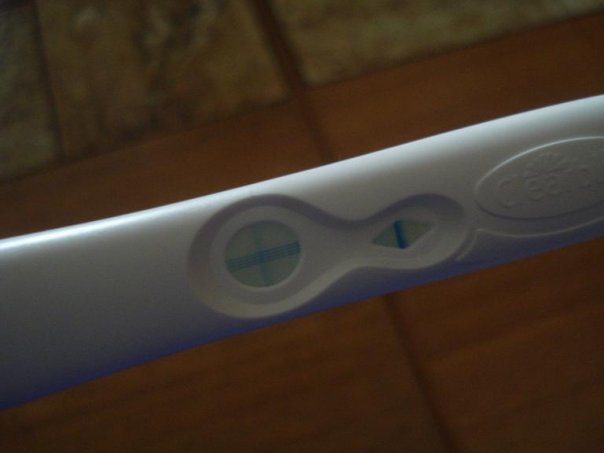 I’ll be going for my blood work tomorrow and then for my first prenatal visit with our doctor next week. I just can’t believe this is all happening. Finally! I feel as though our prayers have been answered. Our little bundle of joy will probably be born sometime in late January or early February of 2009. We are looking forward to this new adventure of ours and we can’t wait to meet and hold our precious little one.

We’ve already decided that if we have a boy, we are naming him after Hubby’s father.

*Update: Since the day this post was originally written, I have taken nine (yes, NINE!) home pregnancy tests!!! Crazy? Perhaps! I just wanted to make sure I was pregnant and that the tests weren’t faulty! Imagine being deceived by a test and getting your hopes up??? I needed to make sure I wasn’t seeing things. If you notice, the results for the first few tests were lighter and the last ones were much darker! Exciting!! After nine tests and a doctor’s visit, I suppose I feel more confident that I really am pregnant!* 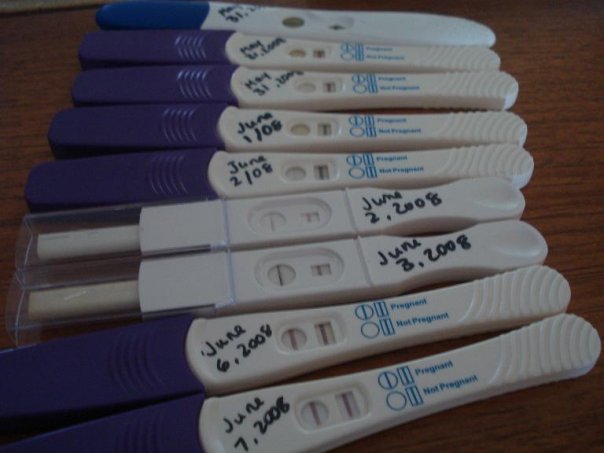 See? I wasn’t joking when I told you I took nine tests!!!